On this 6 days tour from Fez to Marrakech, you’ll discover the fascinating southern area of Morocco. The tours of the “Great Hidden South” are a good opportunity to know well the spectacular landscapes of the region, its ancient Kasbahs, and villages.

There will also be time to visit the cinema museum where famous films like “Gladiator” are shot and to know the village of the dark skin people of Khamlia, where they will show us their African rhythms. we’ll also do the tour of Erg Chebbi where we are going to meet nomadic peoples and we will cross different tracks in 4×4.

On this 6 days tour from Fez to Marrakech via Merzouga Sahara, starts from Fes we’ll pick you up from your hotel/riad for a pleasurable Fes Sightseeing guided tour in an air-conditioned vehicle and local bilingual guide.

In the first place, our fez tour will include: the Andalusia mosque which was built at the end of the 9th century, and tanners’ quarters where leather produced is made, using only natural colors. El-Attarine Madrasa which was built in 1325, is the biggest religious Quarraouine Mosque in the heart of the medina.

In addition, Azouia Moulay Idriss open to non-Muslim, Nejjarine Museum, Royal Palace, Bab Boujloud gate. we will not complete our tour until we see the most important monuments. In the end, we’ll drop you off back at your hotel/riad in Fes for (Night/dinner).

Next morning, after breakfast, we’ll leave Fez to Midelt. Of course, we’ll undergo Ifrane, a resort in a complete Moroccan style built in the 1930s by the French. Then, we’ll visit cedar forests in Azrou to enjoy watching the monkeys.

Most of our days from Fez to Midelt are through the attractive forests, springs, Berber villages… At the end of our travel, we’ll reach Midelt and check the hotel/riad for (dinner/overnight).

After breakfast, we’ll continue our 6 days tour from Fez to Marrakech via Merzouga and Erg Chebbi dunes leaving from Midelt to the Merzouga desert. On our travel, we’ll make many stops to capture photos, enjoy the cool air, and panoramic views, and see a huge oasis of palm trees.

We’ll reach Merzouga and check the hotel/riad for (dinner/overnight).

Back to Merzouga for lunch and relaxation. in the evening, we’ll take an adventure in the sand dunes by camels trek. The night will be at an equipped camp with drums and music. This Morocco Sahara Desert trip is a great opportunity to take pictures of the sunset and sunrise.

At this point, we’ll explore the secrets of the Sahara and its unlimited horizons Night in (nomad Berber tents).

Get up early, take a walk over the sand dunes to watch the sunrise take the camel back to the hotel for a shower, breakfast, and relax.

Then, we take the road towards the gorges. Stopping to visit Rissani to discover: the monument historic of Sijilmassa the massive center of desert trade, and the Kasbahs (village fortifies). Then, we continue passing through Ziz valley and gorges, we’ll have a brief walk in Todra gorge to enjoy the beauty of rivers and mountains.

Finally, we’ll reach Ouarzazate, have dinner, and overnight in a riad or traditional Kasbahs.

After breakfast, we will have a visit to Ouarzazate to discover the Kasbah of Taourirt and the Atlas Studios movie studio.

From here, we head to the Fint Oasis, near Ouarzazate. Then, take the Tizi-n-Tichka road stopping for lunch, Then, reach Marrakech in the late afternoon, where our 6 days tour from Fez to Marrakech through the Sahara Desert ends.

What Is Included in 6 days tour from Fez to Marrakech:

Not Included in the tour:

If this 6 days tour from Fes to Marrakech we propose does not match what you’re looking for, contact us and we will prepare the trip to your needs and requirements

Discover our one-day trips from Fes 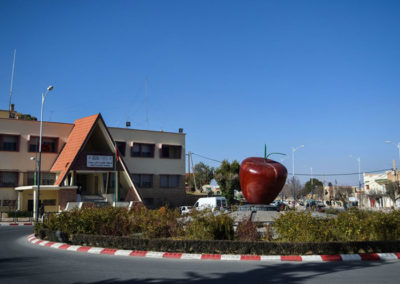 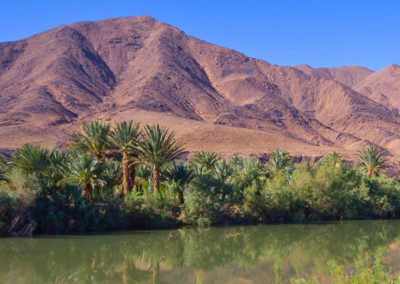 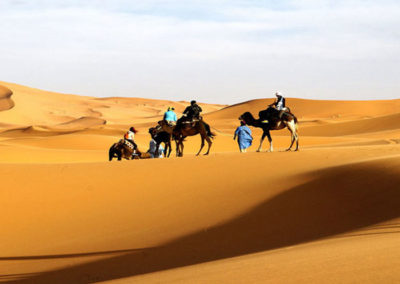 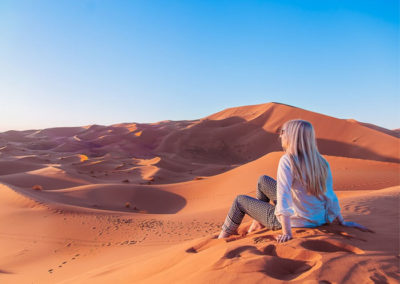 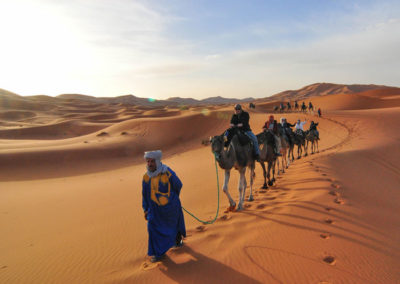 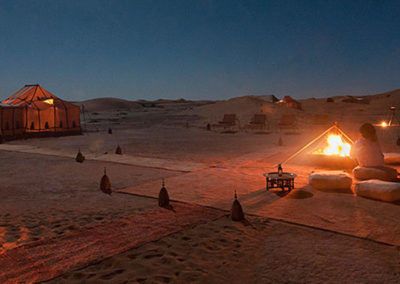 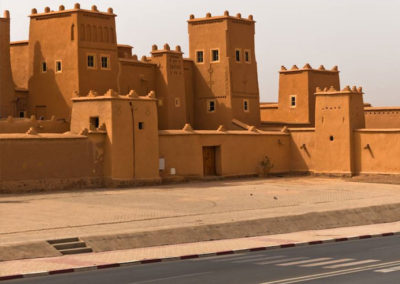 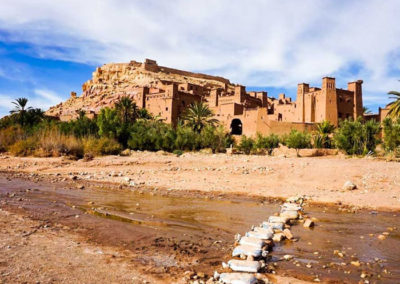 Or contact us for more information Our ToursContact us